We aim to be a green yoga retreat but what can we really do?

We love to do our best when it comes to environmental issues and constantly strive to make the yoga retreat more eco-friendly. It is not always simple but this is no reason not to aim high. Often confusion over ‘the best’ path is used as a reason for inaction. What you can do practically often depends on your location and circumstances. We do believe we need a firm starting intention of appreciating our presence on the planet as visitors and custodians. When we acknowledge an interactive relationship with the planet the appropriate course of action is normally pretty clear. Yoga should help us connect to ourselves and surroundings and then encourage us to protect both ourselves and the environment. Here we hope to outline what we do already, both as an aspiring green yoga retreat as well as personally in our everyday decisions. We also have ideas for where the retreat can become a more environmentally conscious place. Hopefully it’s good for guests to know where we stand in order to help in our efforts as well be in a position to make informed suggestions for improvements. Any suggestions are highly appreciated. In 2020 for our yearly good will gesture stunt we raised money to plant trees through a three retreat giveaway and matched what we raised. In the end we raised money for over 60,000 trees with Eden Reforestation.

Owning a business which encourages guests to fly in planes rather than just do acro yoga is far from the environmentalist’s dream! For the 2014 and 2015 season we estimated our carbon footprint from guests’ flights to the retreat and paid carbon offsetter Clear to offset the created carbon. We also included our energy use, ground transport use etc to estimate our emission impact and help make us a close to carbon neutral as possible. Click to see 2014 Yoga Rocks carbon offset certificate  or the 2015 Yoga Rocks carbon offset certificate. We plan to offset future years and are open to bright ideas on alternatives to formal carbon offset schemes or thoughts on the best ones. While we don’t think it’s ideal it’s our initial foray into a relatively unknown quantity.

Next: More research into the offset provider we use. Is it better to just give the money to a charity? In a dream world we could reforest part of Crete – which is currently impractical though we’d love the funding to have the maximum impact it can. Some carbon offsetting can positively impact lives as part of the reducing emissions. There is no magic solution to rubbish apart from not producing it, so we avoid to the max buying packaged stuff as well as throwaway tat. Stuff you put in the bin doesn’t magically vanish it all has to go somewhere. Once you start to think like this supermarkets look quite different. Good also to consider that generally the more packaging, the more preserved, further travelled and the lower the nutritional content of the food!

In 2012 we aimed for a ten year plan to zero waste in a bid start somewhere on what seemed like an impossibly huge task. More attainable is no non-recyclable waste with an aim of reducing all waste. Five years in realistically it may not happen, but with the easier steps made new changes are brewing and we just might make it. We eat as much of our leftovers as possible, and our compost pit happily rots the rest so all is well there. Our veg is almost all from the island and arrives in reusable crates from local farmers that are returned and refilled. We go through a lot of beans and have mostly paper sacks of beans delivered once a year from SUMA in the UK. As a workers co-op we trust them to ethically choose where their yummy beans come from! Recycling on Crete is in its infancy with the waste split into normal rubbish for landfill, another bin for all of paper, card, tetra packs (lids removed and recycled separately) and plastic bottles (numbers 1 & 2), finally there are glass containers though currently the glass is not well recycled on Crete. This makes the sorting of rubbish quite easy, especially with help from our guests. What we lack is plastic bag recycling, and though we try not to accumulate them, realistically they seem to creep in (may be in the dead of night – we are working on a nightwatchman for these 😉 We have a store of clean bags for reuse and a cupboard full for when the opportunity to recycle arrives. Once we can recycle recyclable plastic bags we are left with the plastic packaging that can’t be recycled ever and mostly hard plastic boxes  that we re-use until they die. These number 5s can be recycled but it is not economical right now so few countries will take them. Batteries and small electricals can also be disposed of separately on Crete so even with the limited recycling available we send minimal rubbish off to landfill.

Next: Sometimes yoga retreat guests or even our team don’t know exactly where to put what – we hope to make sure everyone is informed easily without ramming it down their throats – not our style. Options to reduce waste more include buying in bulk to reduce packaging more and taking our own boxes/bags for the fresh coffee and teas. The freshly ground coffee and herbal teas we buy are some of the last plastic bag type items we bring into the retreat regularly. Toilet paper is our bulkiest waste each week – more on that later on… We run a recycling competition on each yoga retreat week where we challenge the whole group to sort their recycling correctly in their room. If all the group get it right we buy everyone’s drinks at the taverna on Friday night! It is a little hard to remember so they get the handy notice above on the recycling bin in each room. Not many groups get it just right but it is a fun way to increase awareness. Hopefully on yoga holiday where guests aren’t buying stuff and don’t have to dash off anywhere they can place their rubbish in the appropriate bins and maybe start some good habits. The kitchen uses hundreds of kilos of veggies every week so growing our own (though we’d love to) is not a currently a practical option aside from herbs including some rather handsome lemon grass plants. A special Thai green curry paste is on the cards at some point with the lemon grass and some homegrown Greek basil and chili – should be delicious. Only certain plants like the ambience as the spectacular wind that blows up occasionally is an additional challenge for any flora along our coast. All the food at the retreat is vegetarian with a leaning towards vegan. However as few of our guests are vegan or even full time vegetarians we think it makes sense to serve some local cheeses, free range eggs and retreat-made yoghurt with fresh sheep milk from up the road. Any animal products used are obvious and not just thrown in for the sake of it.  We still buy supermarket cow milk which is used in the guest kitchen mainly for breakfast in beverages.

Next: Presently the organic cow milk available is overly packaged but this could change and become an option. There could be only sheep milk available (that we pick up in a re-useable container) but this might not appeal to everyone! All the cheese at the retreat is very locally made, mostly by people we know and all from sheep and goat milk. Some meat loving Cretans were trying to persuade a vegetarian friend that since he ate dairy products then he may as well eat lamb as well, to them one necessitated the other. Their plot went awry when he saw what they were saying and chose to go vegan instead! That said the Cretan sheep and goats are very well treated generally, happily trotting around the Cretan countryside. There’s no intensive farming of these animals. The olive oil we use is delicious and grown about an hour away from us by Vaslilis and Cate. Genuinely made by nice folk who treat the land and trees well, producing exceptional results in the oil as a result of meticulous care throughout the season and especially at harvest time. A blueprint of how we’d like all our food connections to be – us supporting nearby folk who farm with love.  Their oil is now available out and about: Mesto Artisan Olive Oil Some claim an ancient Minoan king, or at least the Minoans invented the first flushing toilet in the world on Crete. Despite this most Cretan, as well as Greek toilets, can’t handle anything that you haven’t eaten first. So, the paper goes into a bin next to the toilet, cheerfully nicknamed pooh bins at Yoga Rocks. We use compostable bags made from potatoes for these bins and also biodegradable big rubbish bags to collect them in though then these go off to landfill. (We have considered using paper bags and also composting or burning this waste but the bins are also used for other un-recyclable rubbish so this won’t currently work.)

Next: One option for reducing toilet paper use would be to install bum guns which are used in a lot of Eastern lands, being particularly popular in S.E Asia. We love this option and are hoping to install a prototype in the 2017 season to see how it goes. We’d then get guest feedback as the change is probably not for all 😉 We are lucky our beaches are super clean in part as we are in a beautiful and isolated location. This should inspire us to clean up our act – sometimes our waste ends up in currents polluting other similarly beautiful spots. Mr R, visiting Grandpa at Yoga Rocks, is a keen litter picker as are some of our Free Retreat Lotto entrants this year. Not really sure where we are going with this but a good excuse for a pic of said rubbish recoverer on a stroll up the nearest big hill to Yoga Rocks. Hail litter pickers everywhere. People need attention too. For the last few years we have given a retreat or two away in our Yoga Retreat Giveaways. This year you had to pledge positive change to enter in the draw. We liked this so much and felt the positive energy was really contagious that it will probably feature again next year.

There are volunteers helping at the retreat all the time. Mostly energetic people with more time to hang out and enjoy the yoga. It’s hard work but our karma yogis get a chance to retreat in a different way and hopefully spread some Yoga Rocks vibes after they leave.

Charities we give as we see fit when the opportunity arises. Normally ones we have some sort of connection to so we know the money is achieving a meaningful result without large bureaucracies.

Next: Find a favourite charity to give a little more to and support more fully. Next: Straws: they are annoying pieces of one use plastic and number five on the oceans’ favourite floating plastic list. Though not used at the retreat one of our next missions is to find a viable green alternative and spread them around. While they aren’t strictly necessary, they are quite handy with a smoothy and who remembers to say no straw please! Watch this space for results of our straw experimentation. Start with the small things! yoga at the retreat 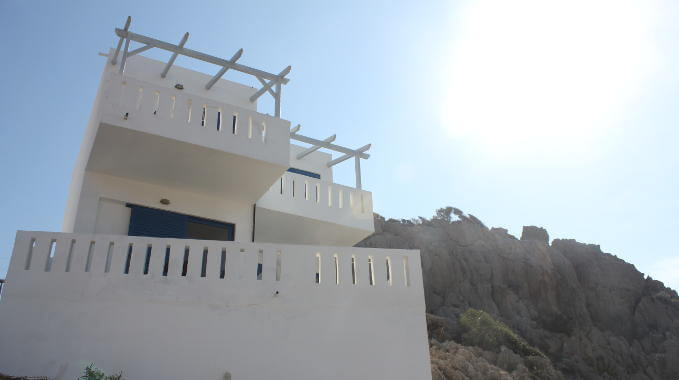 flights and ferries to Yoga Rocks which yoga retreat is right for me?